"In the silence of the night he tossed from one side to the other, lost in gloomy thoughts. The once creative thinker was now a depressive ruin. Disoriented, confused and lame of spirit.

He pushed this dead-end thought to the back of his mind and thought about the good time of childhood. Not without melancholy, he thought: Magnolia, you were so tender and so sweet." – Dr. Ottara Kem

Dr. Ottara Kem had never talked about his Cambodian background. When somebody asked he remained silent. He came  to the GDR in 1965 to study and stayed. Not until he was on his deathbed did he speak about his family and his former home where he wished to be buried. Dauntlessly and delicately the daughter and author Marina Kem fathoms this speechless father-daughter-relationship and portrays the life of her father. In his place she allows contemporary witnesses, letters and photos to speak. She thereby finds her way deeper and deeper into the history of the ideological wars of the past 50 years and learns what impact they had on an individual fate. She gets to know her second, as yet unknown, origin and culture. In search of the life of her father she finds a new family.

I could not have made a more personal movie. BONNE NUIT PAPA is my farewell to my Cambodian father. The film, about our fragile, speechless father-daughter-relationship that had to bridge two disparate cultures, includes my whole family: my German mother, my sisters, all other relatives and, of course, my father and myself. For several years I thought about whether I could make such a film. Such a personal one. And then I realised how the „wider history“ had had an influence on something so intimate and „small“ such as the relationship between my father and me. That my task of understanding my father‘s life, of grasping him in order to let him go, is inevitably attached to understanding the hot and cold edges of the wars of ideology. And, isn‘t that the heart of a documentary? Using documents, contemporary witnesses or confrontations in order to freshly process something old so that you are able to grow through it. To arrive at the present with new perspectives, discoveries or experiences. Ready for the future.

"Marina Kem loved her father Ottara Kem. But she didn´t really know him because he had never talked much about himself. As a young man he came from Cambodia to the former GDR, studied and built a new life. He never talked much about his family or his homeland. When he dies of lung cancer, Marina Kem travels with her sisters to Cambodia to bury the ashes of her father. She decides to look for the past of a person that was so close and yet so unfamiliar.

Marina Kem has succeeded in making BONNE NUIT PAPA an incredible multi-layered and nuanced documentary. Not only does she portray a man, whose thoughts and considerations prove his fascinating and unique character. But also, the author takes the audience on a journey to a foreign country with its culture, its people and its harrowing history of decades of political unrest.

Many members of the Kem family were imprisoned, tortured, and killed during the Khmer Rouge rule. The encounters with the survivors are all the more astonishing and touching as they show that kindness and love, despite all horror, are stronger than hatred and violence. Additionally, you learn a lot about Ottara Kem‘s life in the GDR. Conversations with family members, friends and colleagues of Ottara create an intimate and social portrait which proves the director‘s excellent skills of asking the right questions at the right time. She tells the whole story in a sensitive and cautious way, without ever pushing herself into the forefront. The film remains calm and brings its audience along on its journey, letting them share in futile attempts. The director thereby achieves, beyond the personal, a universally valid human dimension that gives the film its quality. In every minute we recognize love, respect and warmth. A strong woman‘s deeply moving and wonderfully told quest for the story of her father. And her own roots."

"I have talked a lot to my children about what the Khmer Rouge had done with us. They have to know that the time of Pol Pot is no fiction but the truth." – Sovandra Kem 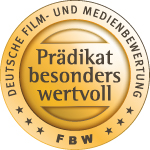 From Ashes and Dust 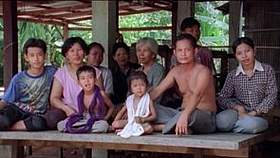